Displays screens have always been a source of attraction that always give the edge to their users. Besides, with the advancement in tech, it has become somehow a hard thing to distinguish between, recent, latest and advance-level innovation in the field of display screens! 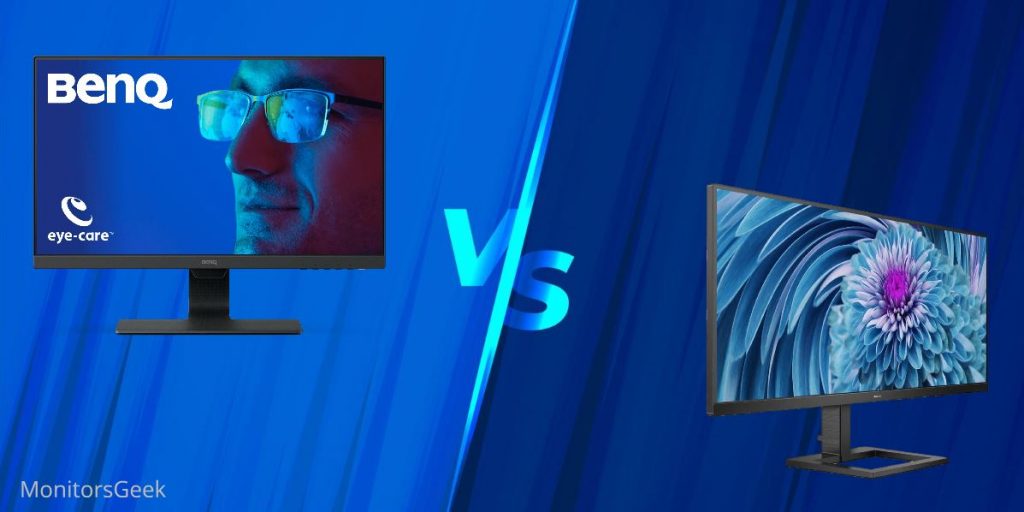 The dynamic and bright approach of LED is liked by everyone, especially the one who is into graphics. While the LED screen enhances the interior, the innovation in the display certainly grabs the eyes of everyone. Everybody is in an awe of LEDs__ but what is this WLED thing in the market? And does it really differ or it is just an illusion to grab the customers! Well, in this article we will reveal the real truth and take and the

What is the difference between WLED and LED?

The short and straight forward answer to this question would be, there is no such difference in WLED and LED. You can also say that it is basically the marketing tactics to keep the customers around and increase sales. In recent time, the majority and a large chunk of LED display screen features the WLED backlight. This use enhances the view and adds to the better visibility for viewing in accuracy.  However, to keep your doubts at bay, let’s see what they stand for!

Firstly LED stands for the Light Emission Diode; it is similar with WLED. The LED backlit televisions or the display monitors especially feature the small and high-end light-emitting diodes arrays that keep the display screen well-lit and bright. Its output and exquisite result make it the most popular technology and you can easily spot the LED TV in almost every home.

If you are opting for WLED (White Light-Emitting Diode) its performance and output would assure you of satisfactory purchase. For backlighting in the display the many of the quality holder companies use this WLED technology. The basic purpose of this technology is to cater the backlighting with proper proportions

So, that was it, as mentioned-above there is not any difference that you can say or think of as a major thing that has an effect on either of them. Hence, next time you are heading towards the market, you don’t have to get confused about either of them. The name is just a name that lures you to purchase the display

The Benefits and Features Of LED Display

The LED display as the name says is the display with the LED light in the penal that makes the picture quality well-illuminated and has several benefits pertaining to the display and its output. Below are the features or advantages it has to offer you.

Today, LED televisions are everywhere. Besides, every screen monitor and smart gear has shifted to the LED displays. But what could be the reason behind?

The LED display is mainly getting popular because they use less power while still being able to produce the best picture quality. Moreover, the high-quality image with the smooth display comes with the thing and lightweight built style.  You won’t find any LED TV any bulky. That is its greatest advantage that makes the overall appearance more dainty and ergonomic as well.

From the very first sight you will find the LED monitor or display screen pretty much_ pretty! Its slim built with high-end performance wins the heart. Besides, the sleek and light design adds to the ergonomics and portability factors.

This thing makes the LED TV and all the displays a more appealing and charming choice to consider as a worthwhile choice. Moreover, it becomes easy to carry and more the display screen with ease. Its slim design with the ultra-narrow bezel welcomes the portability with the ease to hold and set the angles.

Who doesn’t like realistic colors, and if you can have the opportunity to experience them every time with 100% perfection, it becomes a tech-blessing.

One of the many reasons why LED television and display monitor are preferred is because of the color output.  Due to the backlit LEDs the colors and image produced by this display is pretty much reliable for sharp output. Each of the frames with LED light becomes eye-catchy and highly engaging as compared to the older cathode ray displays.

LED display offers you the crystal-clear display with the sharper image output.  That makes this display more reliable in terms of high and clear quality images, you can certainly bet on LED monitors for the relatable performance with realistic approach.  Its quality lights and the every layer of everything untimely works fine to let out the best results.

The flicker-free and smooth image performance followed by the well-paces and quality motion performance. The major benefit of LED displays is perhaps that they are pretty much adaptive in the viewing angles, and ergonomic settings. This adds to the overall built. Hence, experiencing the annoying distorted and blur image quality is not the case with LED display screens anymore.

Unlike the old cathode ray displays that are bulky as well, these pretty smart LED displays make life super easy. Besides, it consumes very less power to work. Due to the less power consumption you can enjoy the high-end display with longer times without compromising the display or without putting risk on the quality of the LED.

In this era where global-warming and shortage of electricity has become a threat, this power saving LED display has emerged as a quality gear with the best technology of light emission-diode.

Durability in anything makes it more appealing and Being highly sleek and smart, LED displays do not compromise on the durability factor. That is another advantage that can be taken as a plus point. Generally talking, the LED display offers you the long-lasting durability with about to 100,000 hours of working that is more than 11 years. Therefore, investing in a LED display proves to be a life-time investment with very little maintenance, if needed.

Certainly an LED display has the light on its background, and that is what it stands for. Besides, these LEDs make sure to keep the display bright and illuminated hence you don’t have to put strain on sight to see the actual image. Moreover, the bright display adds to the aesthetic as well.

It uses the backlight to keep it well bright and lit-up yet there would not be any heat. This makes it highly appreciating technology and you can say it as a user-friendly feature to keep in use.

Anything that is available in a fair budget and comes in your range becomes more appealing. And for this LED displays it is simply a wonder, however the price may be a bit high, By being highly innovative in color, display and performance and also the durable factor adds to the quality and paying for that won’t be a big deal. Its long-lasting design makes it a worthwhile choice for many users.

Another quality feature of Led display is the contrast ratio that always maintained the balance. Watching movies, videos, or enjoying your favorite sports on the LED display is more fun and exciting with this technology. Keeping up with contrast and accuracy in colors is what gives the display perfection.

Is LED backlight good or bad to choose?

A LED backlight screen or display monitor features the light in its background. That ultimately implies its bright and illumined screen approach. And the bright display makes the image and moving scene properly seen by the sight.

In addition to that the low power consumption built is something whose benefits are pretty much evident. If you are looking for a screen with long life time, less power consumption and high-end of coloration with smooth performance, LED backlighting becomes the No.1 choice.

Are there any cons of LED backlit?

A few downsides, such as replacing a single bulb from the back side of screen and luxury price range can be a challenge to take care of. Other than that is it pretty much innovation in the style and performance.

Although there is not a difference in LED and WLEDs, many people are easily fooled by the name. In this article we have reviewed the LED in detail and it is hoped that now you have got a clear idea about its features, qualities and how it works.

If you don’t have budget concerns, then purchasing the LED display would be a wise move. It will offer you far better performance in terms of colors, contrasts, power consumptions, brightness and perfection in image smoothness. So many features with durable built in add to the approach of LED screens.

2 thoughts on “WLED vs. LED – What is the Difference?”