A Smoother and higher quality display screen also has some backend functionality that ultimately affects the output of your display. If you are buying a display monitor for your next game playing adventure you need to keep in mind a number of features and things pertaining to how a display works to produce a well-paced final performance.

While you may know about the resolution, display size and the top manufacturer of the monitor, you might not know the technical aspect of your display screen such as response time overdrive, response time, refresh rate etc.

Playing the certain game with the pre-set response time can be a push bit more. This can be a lot more interesting when you have things in your hands and make it adaptive. If you want to give a boost up touch to the response time, that’s where the overdrive comes to help to.

Monitor overdrive is something that not only sounds technical but it is indeed, to some extent. Therefore, we brought you this article with completely brainstormed information from our various quality sources.

If you are getting confused between the overdrive and response time relation, this article is here to help you out. Moreover, we have made sure to include the topics that will assist you in the best buying of monitors.

What Is Overdrive On A Monitor?

The overdrive on the display monitor is something that you may have heard, especially if you are a gamer. There are many names of overdrive, such as OD, Response Overdrive, Response Time Compensation, etc. However each of the things is the same in terms of performance and output.

So if you want to boost or enhance that particular time on the monitor, you will use this feature. With overdrive you can boost the speed of response time by millisecond.

Response Time And Overdrive: TN vs IPS vs VA 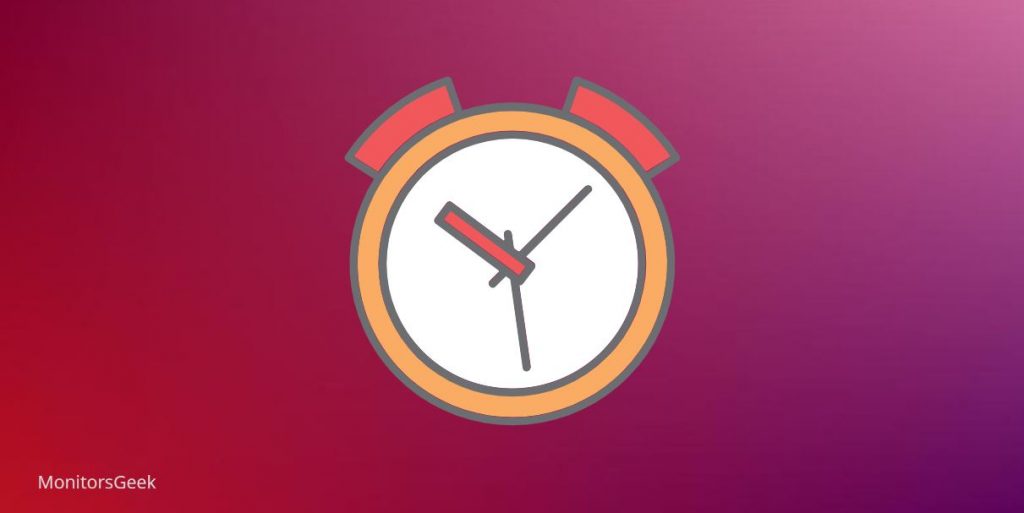 Response time is actually that time in which the pixel changes its color, brightness and current state to another in a particular time.

If you are a videographer, professional gaming developer or a gamer itself, the high-end monitor approach becomes compulsory. Moreover, the features that today’s display offer make it easier to experience that as well.

The response in regard to different display panels, such as VA, TN and IPS offers you a certain specific feature, for example the contrast, colors, resolution and of course the response time. The response time of TN is the fastest and fastest with 1ms among the TN and IPS.

Now, the purpose is to explain that this response time is produced when you use the overdrive feature on the display monitor. And the response time of your TN display actually features the 1-5 millisecond response times which then fluctuate to 1 again the moment you turn on the overdrive!

Some of the display monitors use the fastest response time with the MPRT (Moving Picture Response Time) and not to confuse it between the GtG response time which differs with it. Moreover, the moving picture response time implies that your monitor has motion blur reduction technology through the backlight strobing. The MPRT is the time of pixel visibility in which the pixel appears on the screen.

And the grey to grey is the pixel transition time. That said, many manufacturer claims about the MPRT speed of 1ms but with no Grey to Grey response time.

What Is The Purpose Of Overdrive In A Display Monitor?

The purpose of overdrive is to increase the response time which prevents screen ghosting. It makes sure to keep the trailing and ghosting artifacts at bay.

Besides, the main purpose of the response time overdrive is to increase the response to keep the moving image and fast-paced motion smooth and sleek. Mainly, it helps fast-paced games and animation. Using the overdrive feature untimely keeps off the slightest lag and screen tearing and hence gaming becomes more wonderful and amazing.

The overdrive in monitor makes sure to avoid the tailing or ghosting artifact and to keep the minimal state. This thing proves to be a noticeable factor especially when you are dealing with the fact-paced motion video or complex advance-gaming. Overdrive enhances the response time by speeding up the on screen pixels with the help of using higher voltages.

Is Overdrive Bad For Display?

The enabling of overdrive you need to be careful about. It is something that is related to the refresh rate. For example, too much of the overdrive may cause the pixel to overshoot and even inverse ghosting on display.

Inverse ghosting is what happens when a shadow with opposite colors appears while you are watching the moving screen, object or anything similar. Hence overdrive with too much presence can cause such concern. Moreover, the excess or abundance of overdrive creates the coronas.

Where Are Overdrive Settings? 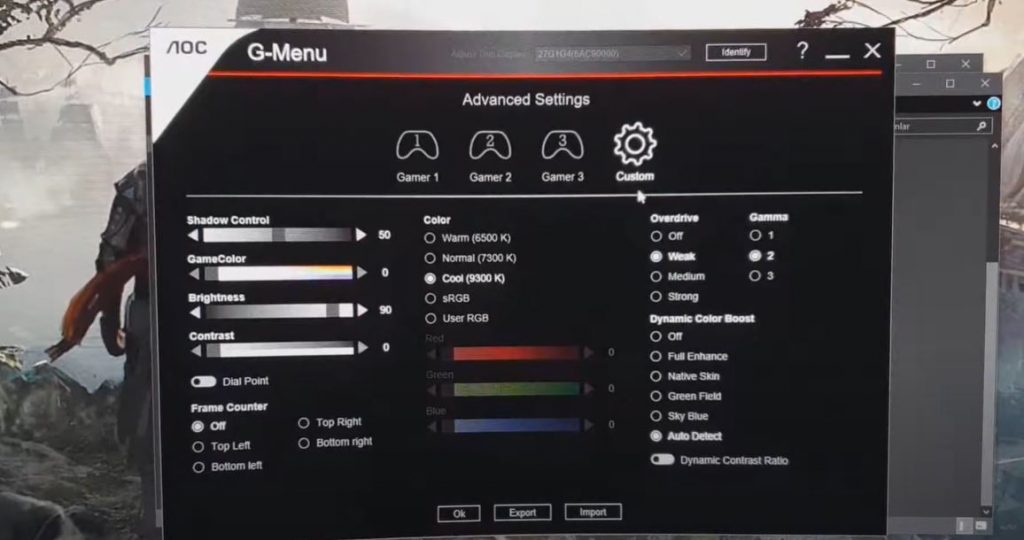 The monitor overdrive settings can be easily found on the on-screen display (OSD) menu. Not to be confused with its names as it may be available under various names such as Time, TraceFree, Response, or Overdrive, or maybe with different but similar names. It depends on the manufacturer how they have named it.

How To Turn On/Off or Set The Overdrive On A Display Monitor?

Go to the setting menu and look for the On-Screen Display’ (OSD) option. Here you can also find the adjustment of your display screen such as brightness, contrast and overdrive as well. After you have opened the overdrive menu, you should see the different overdrive levels  saying slow, normal, and fast, and faster so that you can pick up your desirable one and set it. Pick up your requirement and that’s it.

The noticeable thing is that it all depends on the display setting and how the manufacturer has designed it. Some display settings for overdrive come in number, while some come with just the turn on or off feature. And some offer you to adjust.

Does Overdrive Cause Input Lag?

As you know, response time, refresh rate, and overdrive are somehow related to each other, in terms of smooth display appearance. The next question that you may find about the overdrive and response time is that; Will truing on the overdrive your monitor cause input lag?

However, this is just a concern and if you turn on the overdrive feature, there would not be any input lag at all.  And if you are using the low overdrive settings, it can cause a ghosting effect as well.

Should I turn on the overdrive or keep it off?

Turning the overdrive on the monitor display screen has its own advantages as well as disadvantages.  As you know that too much excess of the overdrive can cause the inverse ghosting and it also promotes pixel overshooting.

Therefore, it is advised that you should only use the overdrive in display monitors when you experience excessive smearing while playing the fast-paced games. And that said if you play high-end competitive games the higher refresh rate overdrive becomes the next necessary and crucial thing to turn on for keeping up with the smooth gaming experience.

Every display monitor has its features and functionalities, especially the recent one with multiple smart options and settings. And if you are able to understand them you certainly make use of the display monitor more worthwhile and more fruitful.

To sum up, the overdrive is what boosts the response time and hence you don’t find the ghosting and trailing on screen at all. With the fast motion and moving object this feature makes the display ever so smooth and appreciable. However, make sure the limit doesn’t damage any hardware while doing so.

1 thought on “What Is Overdrive On A Monitor And How To Turn It On And Off?”