If you are using the advanced and recent level of display monitors like VA (vertical alignment), TN (Twisted Nematic) or any other, you definitely have heard about the term IPS display screens_ right? But do you know about Nano IPS technology as well? If you are new to this technology, you are at the right place. This article will cover up all the essential and related information regarding the IPS and Nano IPS! 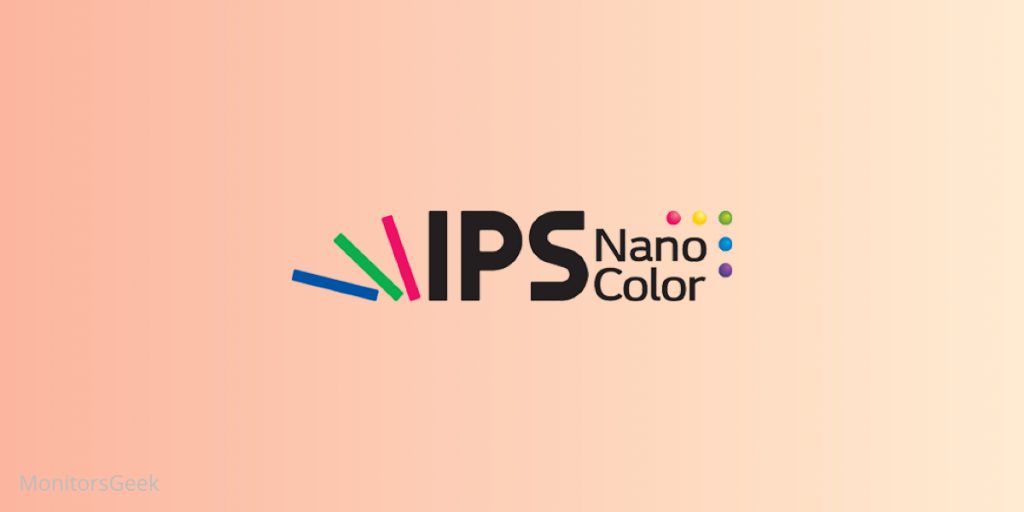 Aside from the latest advancement in technology, the already existing technologies are improving day by day. You see improvement and upgraded versions of pre-made technology and display. That makes a huge difference for the users who want little but robust alteration.

In addition to that, usually gamers and the graphics enthusiasts seem to have more keen interest in display technology than the people who just have to use computers out of regular requirements. Certainly, the technology is dedicated to the gamers and core graphical users who can easily find the desirable display with the utmost and powerful properties within.

That is a blessing which also comes with the user-friendly built-in characteristics as well. In today’s article, we shall talk about the Nano IPS in particular and the IPS technology in general.

What Is Nano IPS Display Technology?

Nano IPS technology by LG has been launched back in 2019.  It is a high-end approach to cater the user with quick and fast response time with the unbeatable image quality. Like its name says the store, the layer of fine and quality hold nanoparticle layer applied by the backlit makes it to work in a positive way. You can say that Nano IPS is a backlighting

And for people who have graphical work such as animation or for being enthusiastic, the realistic and full of life color approach means a lot. It makes certain of the HDR (High Dynamic Range) viewing experience. Besides, by absorbing the excess light and the wavelength the color gamut becomes more active to output the far better approach than its first version, standard IPS.

Basically, Nano IPS is an improved and far more high-tech technology by the well-known LG.  This is the reason why Nano IPS makes sure to offer you the wider color gamut. It works when you want to make the graphics or the image quality highly best in terms of coloration. In brands, LG is the name that offers you the Nano IPS display televisions in the “Nano Cell” series.

LG with its Nano IPS technology is thought to be the rival of quantum dot display technology. However, the two are pretty much similar in performance in many respects as well. For VA penal letting out the surprising response time is it’s UPS. This is the sole reason why VA penal with all of the perfection have emerged has the reliable technology display.

While talking about the comparison, quantum dot LED televisions are pretty much more accurate. Nano IPS is best for wider color gamut of up to 98% DCI-P3 or 135% sRGB while the QD technology by Samsung is best for higher contrast.

Besides, the SUHD TV Samsung quantum dot technology with better efficiency and high-end budget range is also a good option. Moreover, they are also popular for the high-end approach. However, with the introduction of OLED, both of the above-mentioned technologies are now at more competition.

Is Nano IPS display better than the standard IPS technology?

With up to 98% DCI-P3 or 135% sRGB, Nano IPS technology is making its super influence in the market. Its nanoparticles with the LED backlight work in an amazing way. To be more specific, the Nano IPS display features better color reception and better color output than that of the regular and standard IPS display screen.

As you know, the In-plane switching offers you about 100% RGB color space. If you are concerned about the Nano IPS display, make sure to offer you a rich and robust color gamut featuring the ~135% sRGB or 98% (Digital Cinema Initiatives) DCI-P3.

In addition to that, there is good news about the Nano IPS technology which makes it even more appealing and in-demand. It is with G-Sync and FreeSync, compatible.

Hence, you can readily accord with the smooth frame rate of the first person shooter and fast moving graphical games with the refresh rate of the screen. By the Nano In-plane switching, you can avoid screen tearing, shuttering with pretty much ease.

Display monitors that use Nano IPS are definitely more stunning then the one which don’t for experiencing the high-end and best gaming time, Nano IPS is another offer the LG has made possible for its users.

This technology by featuring the microscopic particles within the display screen easily assimilates the light which is exceeding. His way the color gamut with 98% of the DCI-P3 spectrum becomes ready to output in smooth performance.  With HDR compatibility Nano IPS make sure the gaming and movies are reliable and enjoyable at the same time.

Nano IPS has already got the best and noticeable rank in the eyes of tech-enthusiastic. Not to speak of its robust and ever so emerging performance. That is the reason why the LED monitors and screens with the Nano In-place switching readily rely on it.

With that the high-end and innovative quantum dot technology is always in the race, and this makes many users wonder about the final choice. Certainly, none of them is lacking in features, performance regarding the analytic point of view.

Besides, with every choice your preference and the demand is something that excels no matter what. However, there are some points why you would choose IPS, and a few things that need to be shed light on!

For instance, the LG display screens featuring this Nano IPS technology make sure of the fact that you have far better and realistic coloration and a well-consistent approach. And for viewing angles the wider and broader spectrum is what serves the best.

With that, the rapid and swift response time of these IPS technological display screens is unbeatable. You enjoy the exciting colors with many other benefits including lag-free and on-going screen performance.

Not only for gamers, but many videographers, animation creators and graphics owners also lean on its perfection for precise color gamut and RGB management.

Samsung is the top name that we come across for the QD display and its performance. Many televisions and monitors with quantum dot displays especially cater to the monochromatic of Red, Blue, and Green in the accurate form.

And the VA penal with higher level of contrast ratio becomes a favorite for those users who especially look up to the viewing angles and contrast regardless of trailing on-screen. However, this doesn’t imply the compromise screen presence of quantum dot display by Samsung at all. it all about preference and work type, i.e. game or graphical approach.

Furthermore, many of the TN (Twisted Nematic, a type of LED) displays penal with the quantum dot technology and the outcome was appreciated. And if you compare the regular TN display with the Samsung QD display technology, you will find the difference in the form of high-end and enhanced picture quality with better appearance. Besides,  for coloration, accuracy and hue and tint approach of contrast, it still needs improvement and has a long way to go.

So, the point of the whole discussion is that both IPS and QHD displays are about the same price range. However, the display with IPS makes sure of angle with utmost better colors and RGP management, and the QD monitors and screen prefers the viewing angles more.

Is Nano IPS a worthy choice to adopt?

Many users prefer the recent addition of technology no matter if they even need it in first place or not. However, Nano IPS seems like a beyond robust and emerging technology that meets the unexpected requirements. From the larger-than life approach to the contrast and colors, the vivid appearance makes it a package deal.

Aside from the viewing angles (from precise locations) it is a worthy choice and getting popular among many users. It is especially stunning for applications and tasks that feature the visuals working. So, if you are a graphics designer, photographer, animation creator or related person, Nano IPS will serve you the best. It is elegant in all respects.

IS a Nano IPS TV Better than standard IPS and QD televisions?

Television with the quantum dot display screen features the best colors and even smooth performance.  In comparison with the regular In-plane switching, Nano technology is enhanced and offers 135% sRGB or 98% DCI-P3 with 100% RGBs color gamut. On the other hand, it differs from the QD technology.

Due to the fact that a QD display has higher and better contrast value it excels to the Nano IPS screens. In addition to that the Quantum LED televisions make the realistic looking approach possible. However, with the addition of OLED televisions you cannot 100% lean on QD.